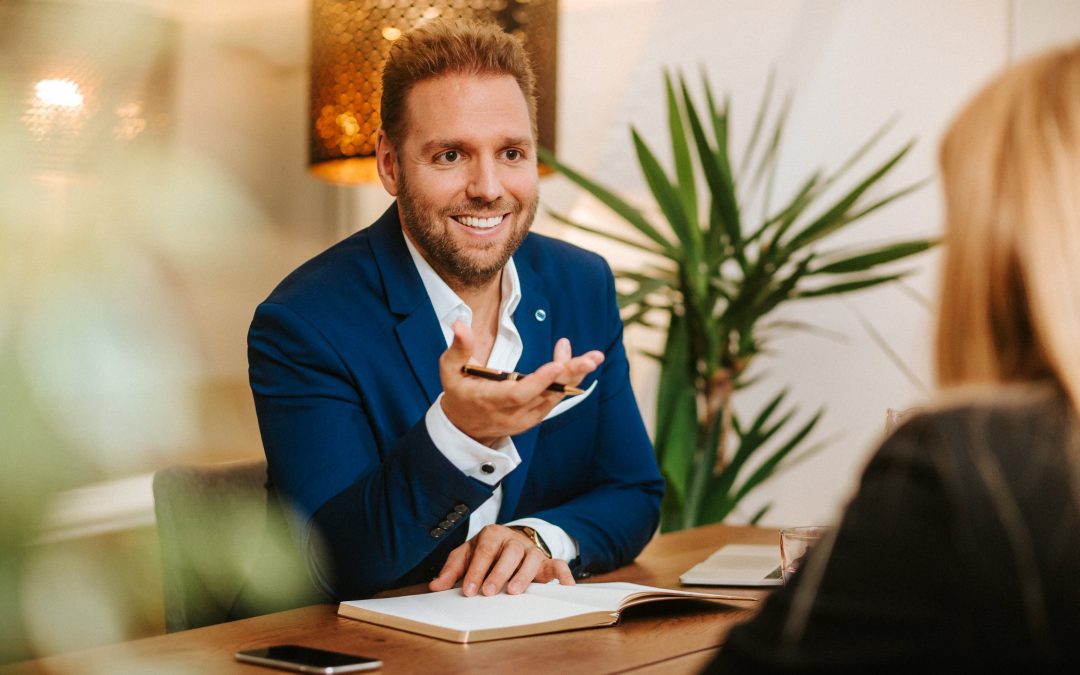 To share even more of my experiences in the last 2 decades I have decided to offer high-level executive coaching to help people who have already achieved a lot in life and are at the forefront of their work, to sharpen their message and maximize their impact. All of this takes place with communication – first with ourselves and then with everyone else – and that’s where I start 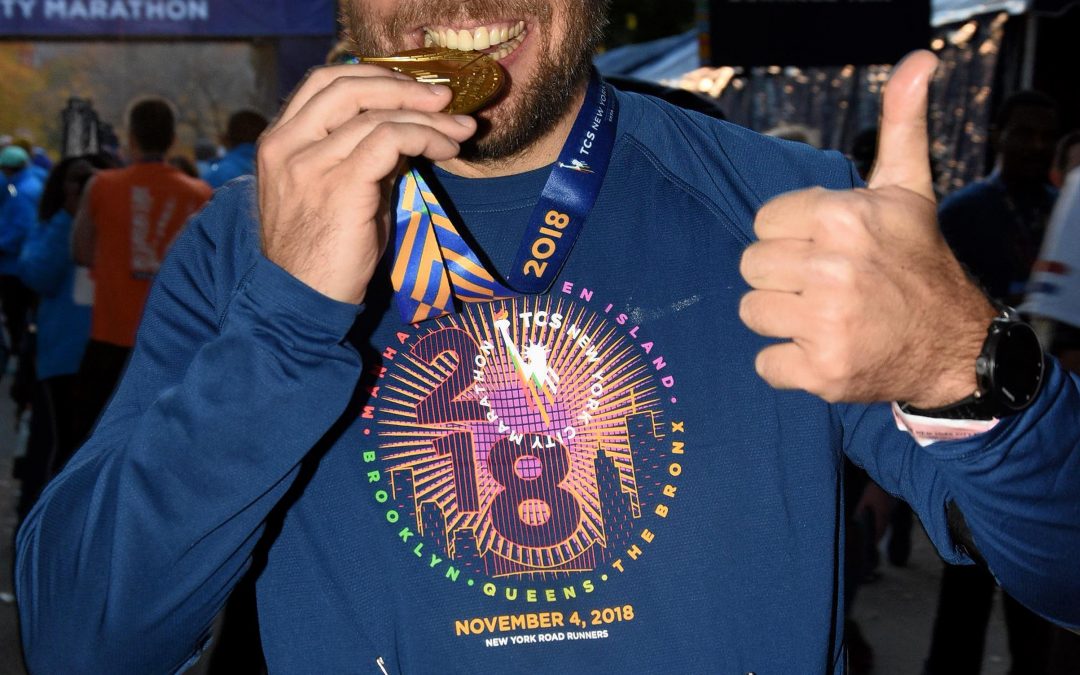 Strong will and endurance

I have always been a sports enthusiast and, therefore, decided to study sports science. I love to put myself to the test, show willpower and extraordinary athletic performances. I played football in a club for a long time, was national champion with the school fistball team and won dance tournaments in Latin dances in 3 countries. As a ski and snowboard instructor, I was besides winter sports also enthusiastic about other sports such as tennis and golf.
I took part in the Vienna City Marathon in 2001 and even at the New York City Marathon in 2018 – the fulfilment of a lifelong dream. 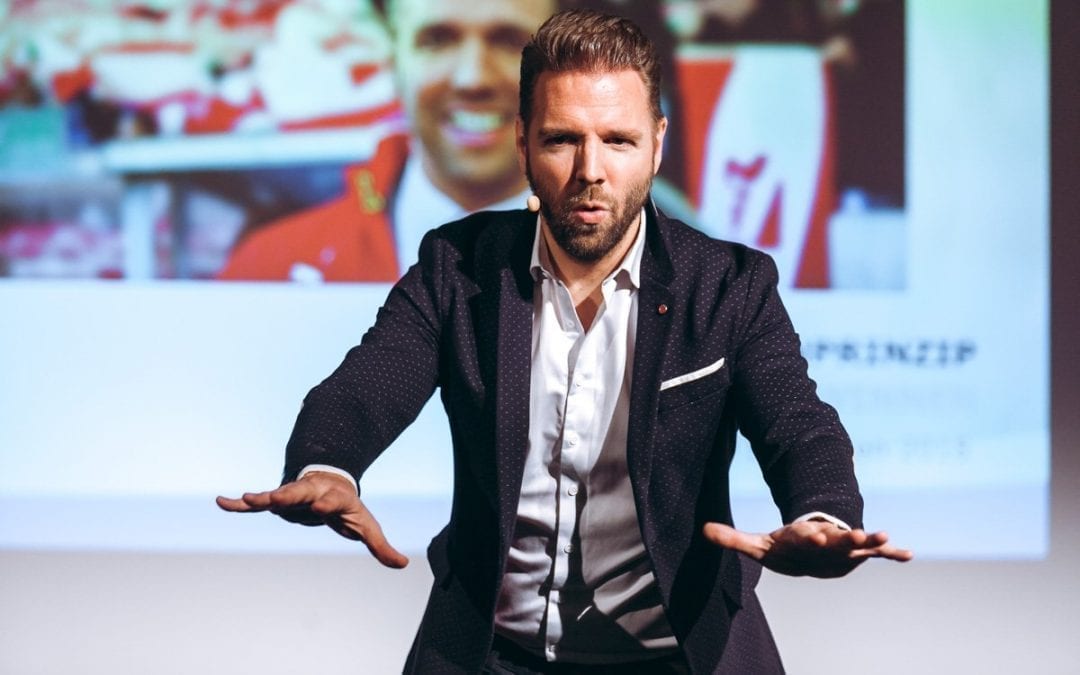 Event hosting in the business sector Since 2014: Erste Bank Open at the Wiener Stadthalle (ATP tennis tournament) 2015: First keynote lecture ‘The stadium principle’ From 2015: Keynotes and event hosting at corporate events for brands like Coca-Cola, Samsung, T-Mobile, A1, VOEST Alpine, Austrian Post and many more. In 2017: A dream came true as a boxing ring announcer Since 2019: Moderation Vienna City Marathon 2019: Moderation of the century run by Eliud Kipchoge – INEOS 1:59 Challenge

Since I always want to learn from the best in my profession, there was host shadowing, among others, at a boxing match of Vitali Klitschko vs Dereck Chisora on invitation of RTL, at the NFL with the Miami Dolphins, Dallas Cowboys and Tampa Bay Buccaneers, at the NBA with the Miami Heat , Dallas Mavericks, New York Knicks, at the NHL with the L.A. Kings and DFB with Germany vs Netherlands.

I was able to get some first event hosting experience and turned over the years into a
stadium and major event host, as well as a speaker at gala and business events. The first milestones of my career as an event host took mainly place in the sports sector:

Where is the passion?

I continued to face a crucial confrontation with myself and the question: Where is my passion? What moves me emotionally? And much more: What could keep my fire burning to such an extent that I would do it for free?

I quickly concluded: since I can remember, I am fascinated by events that bring people together around the world, such as Football World Championships, Olympic Games, or concerts. Big events that leave the following impression: time stops, and, at this moment, the whole world revolves around this one event. The next question arose: How can I be and become a part of these events? 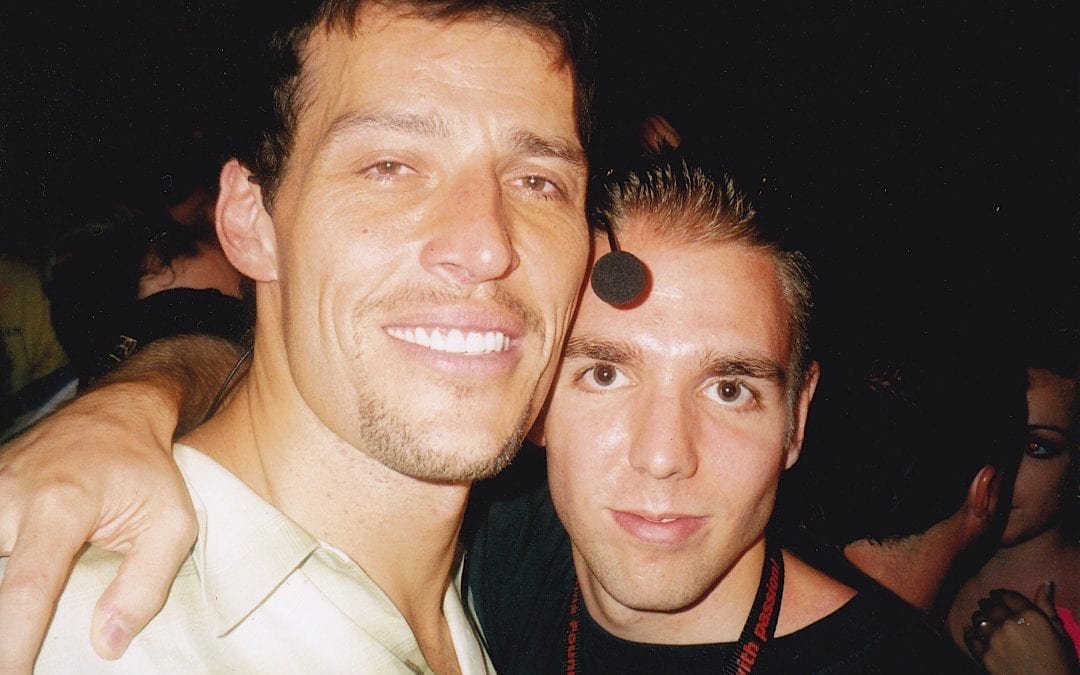 It is an enrichment to go the extra mile, to gain new experiences and learn new things: this is precisely what enriches my lectures and my audience.

Also in other areas I was inspired by the best. At my numerous experiences shadowing and sharing in the US and Germany I was able to get to look behind the curtains from teams such as the Miami Dolphins, the Dallas Cowboys, the Miami Heat, the New York Knicks or the L.A. Kings as well as the German soccer national team. A very special highlight for me (in the picture) as the meeting with the most famous sports voice in the world: ring announcer legend Michael “let’s get ready to rumble” Buffer.

7 Steps To Wow Your Audience!

Get your free checklist here:

Any cookies that may not be particularly necessary for the website to function and is used specifically to collect user personal data via analytics, ads, other embedded contents are termed as non-necessary cookies. It is mandatory to procure user consent prior to running these cookies on your website.

GET YOUR FREE CHECKLIST HERE

7 Steps To WOW Your Audience!

Your path to extraordinary events that your audience will remember! What I learned in working with more than 4 million people in this simple checklist. Follow these simple steps to WOW your audience.

Your path to extraordinary events that your audience will remember! What I learned in working with more than 4 million people in this simple checklist. Follow these simple steps to WOW your audience.